Please note that orders placed after 5pm on 13th July, will be dispatched from Tuesday 19th July 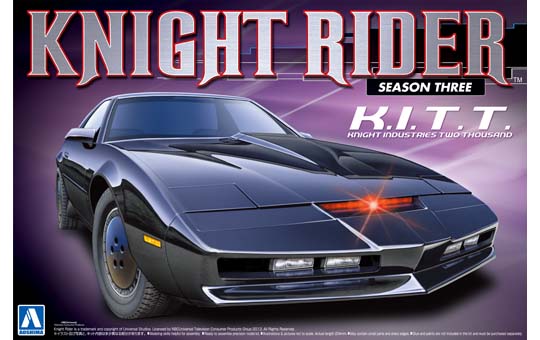 To many, Knight Rider is the greatest show ever made.

And they may be right.

Arguably what made Knight Rider so successful was KITT (Knight Industries Two Thousand), KITT is a superpowered, intelligent souped-up Pontiac Trans-Am capable of achieving 300mph. Not to mention KITT is bulletproof, fireproof, can talk, and most importantly, helps Might fight injustices in the world.

Anyway, enough of the history lesson, the real reason you’re here is to treat yourself or the Knight Rider enthusiast in your life. What better way to do that than with an Aoshima Knight Rider model kit?

You can find out more and buy by clicking the products below.